KNOWLEDGE, SAFEGUARDING, ENHANCEMENT - THE EXPERIENCE OF ARCHIMEDE ARTE FOR THE VATICAN MUSEUMS - EVENT OF 7 FEBRUARY 2018 The interventions of safeguarding, conservation and enhancement of artistic assets can now make use of sophisticated digitization and 3D modeling technologies that allow the preservation and reproduction of works of art and heritages of immense value.

Since 2014 the Vatican Museums have launched the "GIS (Geographic Information System) Project", a georeferenced digital survey of the priceless real estate and artistic heritage aimed at creating three-dimensional models that can be used on management platforms, with a remarkable level of detail.

This is a project of considerable importance that allows, drawing from data from multiple sources obtained through very high definition laser scanner surveys, to create an information platform to be used for multiple purposes: from the creation of vivid 3D representations of artistic heritage to the digital preservation of cultural heritage of great importance. One possible use of these surveys are, for example, the fascinating virtual tours of the Vatican Museums, which allow users to browse the rooms and among the works of art.
Archimede Arte - artistic division of the Umbrian company Archimede S.r.l. - had the pleasure and honor of participating, in the face of his own professionalism and that of his collaborators, in all the design phases and laser and photogrammetric survey of all areas of the monumental museum complex: the Gregorian Etruscan Museum, the Chiaramonti Museum, the New Braccio, the Pio Clementino Museum, the Bramante Staircase, the Raphael Rooms, the Nicolina Chapel, the Borgia Tower, the Pinacoteca, the Cortile della Pigna, the Scala del Bramante, and the Sistine Chapel. The project was presented by the Director Dr. Barbara Jatta on 12 October within the monthly events called Thursday of the Museums.

Archimedes will introduce his innovative concept of multimedia replica of the Sistine Chapel called Sistina Experience during the event of the 7 February 2018 entitled:
"Knowledge, Safeguard, Enhancement
The experience of Archimede Arte for the Vatican Museums"
which will be held in the Conference Hall of the Vatican Museums.

Over the course the initiative will focus on the experience of Archimede Arte which began in 2014 and is still ongoing, which has led to the creation of digital assets of considerable technological and artistic value. It is a digital heritage that can be used for multiple purposes such as the safeguarding, artistic reproduction, conservation and knowledge of cultural heritage.

From the assets it will also be possible to give rise to splendid realistic reproductions of environments and places accurate down to the smallest detail, easily transportable to any place, where it could be possible to carry out immersive visits with sounds and effects that allow users to relive the atmospheres of the time and place represented.

During the event these topics will be explored on the concept called "Sistina Experience": it is an innovative form of mobile representation, multifunctional, multisensory, removable and reassembled, which will make it possible to reproduce in any part of the world the artistic wonders related to the territory such as historic buildings and monuments .

The Director Barbara Jatta, Mo will be present at the meeting Mr. Paolo Nicolini (Administrative and Management Delegate), Luca Della Giovampaola (Technological Support Office).
The staff of Archimede Arte will see the participation of the director Aldo Pascucci and Giuseppe Natalizi, in addition to Fabio Ferrario of the company Tecla S.r.l. .

The Umbrian cultural world will participate as Annibale Luigi Materazzi (Director of the Department of Civil and Environmental Engineering of the University of Perugia), Paolo Belardi (University of Perugia), Mario Rampini (President of the "Pietro Vannucci" Academy of Fine Arts in Perugia) and Simone Bori ("Pietro Vannucci" Academy).
The meeting will be coordinated by di Rossella Alimenti (Chief Editor of the TGR Lazio editorial office) and the conclusions will be drawn by Professor Claudia Conforti (professor of history of architecture at the University of Tor Vergata in Rome) 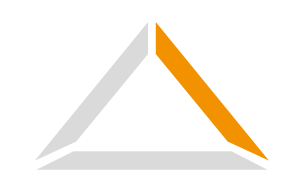